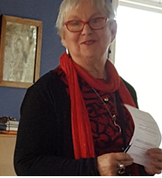 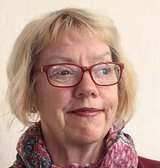 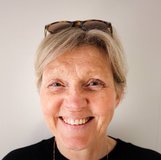 Kristi Kolthoff, Österbybruk, is a peace women’s rights and environmental rights activist with local, national and international missions in IKFF, SweQ, Gröna Kvinnor (Green Women), EWL among many other organisations. The Women’s Baltic Peacebuilding Initiative fulfils a big need to build contacts and bonds of friendship around the Baltic sea to be able to contribute to and take leadership in the peace work with women’s experiences and knowledge as foundation.

Gertrud Åström, Stockholm, runs her own business with alignment in sustainable gender equality work from a holistic perspective. She has lead and worked in several government committees focusing on gender equality in different political fields. She is former president of The Swedish Women’s Lobby, president of the UN Association in Stockholm, member of the Gender Equality Academy at The Association of Swedish Farmers and The Nordic Women’s University. She was appointed Professional Woman of the Year 2014. The Women’s Baltic Peace Building Initiative brings Feminist agreements and demands from Nordic Forum Malmö 2014 and UN Agenda 2030 together.

Marianne Staaf-Gälldin, Sundsvall, is committed to questions on the interaction between human beings, environment and society. A special interest lays in equality and women’s issues. She has worked in social services and education. Currently consultant and active in several associations.

Ann-Sofie Lagercrantz, Kalmar, strategist in social sustainability, with broad experience from the public sector where she has been active for 35 years. She is driven by a strong social commitment and not to say the least, equality questions. She has worked in several international equality projects within twin city programs, with cities in Scandinavia, Europe and Africa.